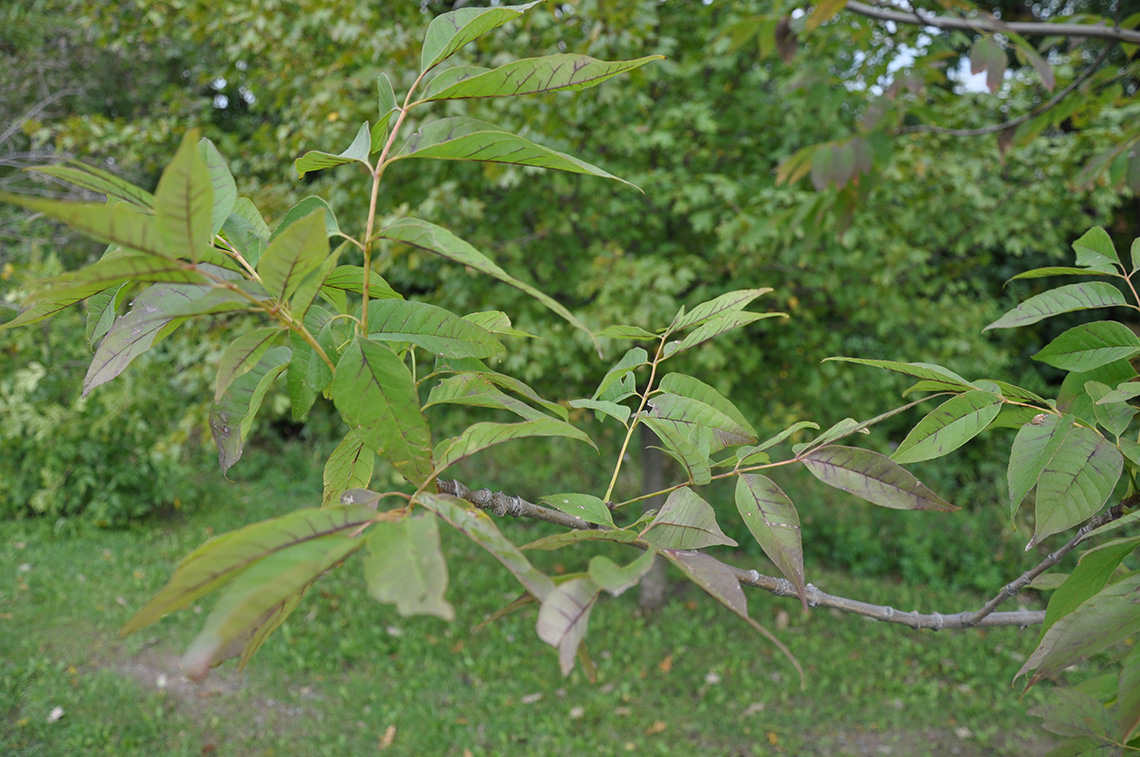 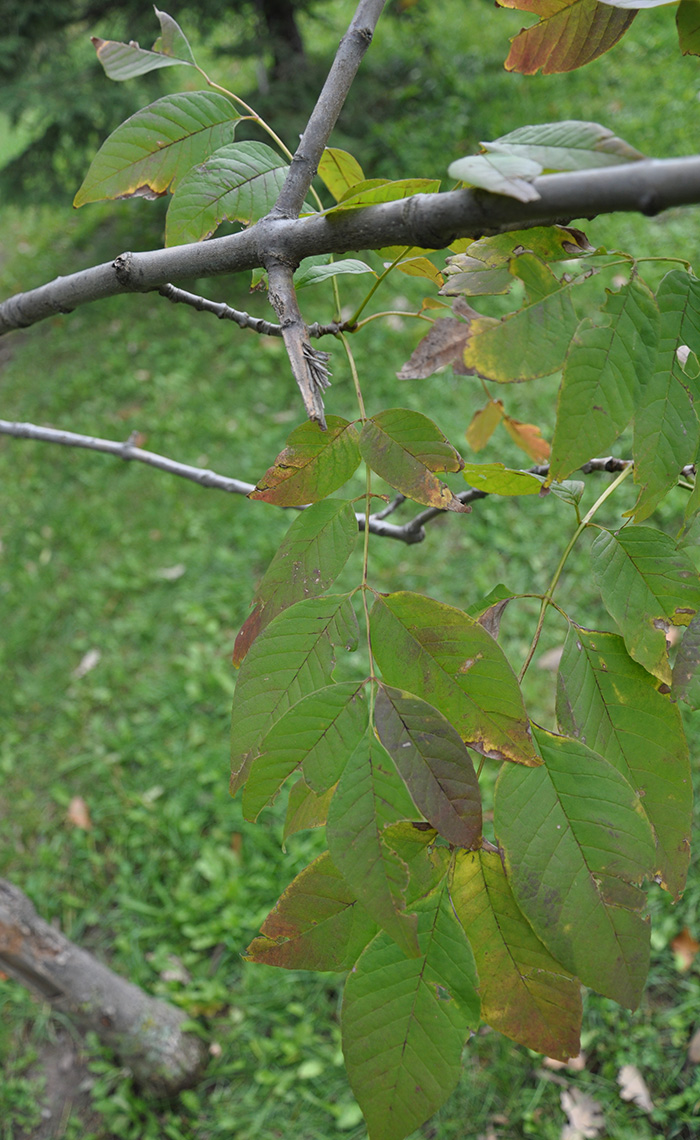 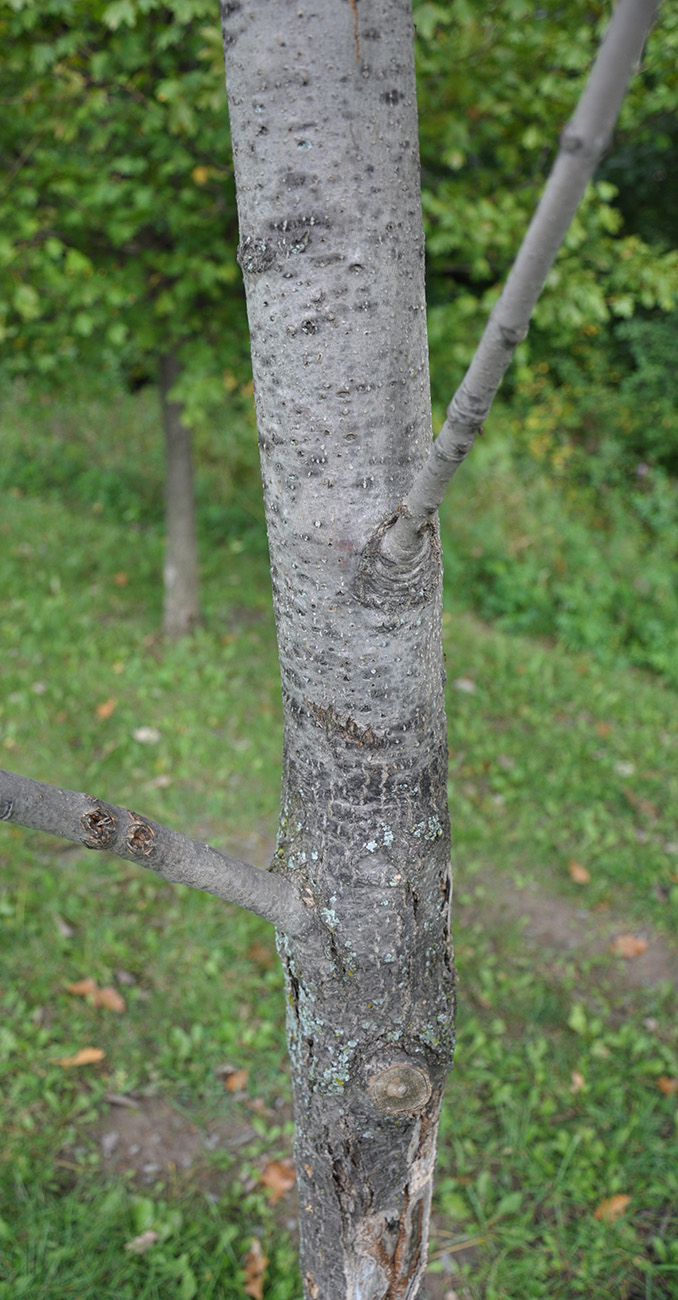 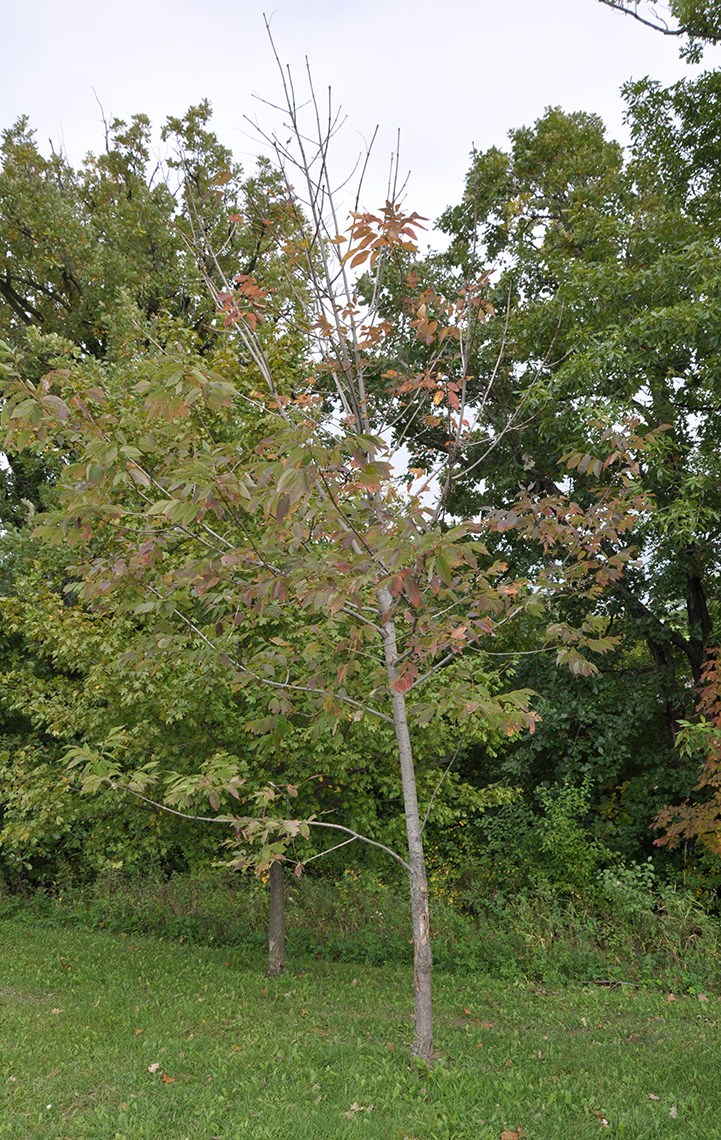 Native to Ontario and the hardwood forests of eastern and central North America. At 100 feet high, the White Ash it is largest of native ashes. The trunk forms a straight central leader with deep ridges and furrows (diamond pattern) in the bark. It is widely planted in suburbs for its form and nice fall colour. The wood is strong, elastic and fibrous, useful for making hockey sticks, bats, toboggans and other items where strength is needed.

Compound, pointed leaves with serrated or entire margins. Leaves consist of 7-9 but usually 7 leaflets. Leaves are usually larger than green ash, but smaller than Black Ash. The colour is medium green on the top with the lightest colour underneath compared to Green or Black Ashes. Potentially nice red-purple fall colour.

Large clusters of elongated, oar-shaped samara. In important food for wildlife such as birds and beavers.

Emerald Ash Borer is a major threat to all species of Ash tree species. The initial outbreak started in Detroit Michigan and has progressed to Ontario and Quebec. Currently it is on its way to Nova Scotia. The adult female beetle deposits an egg just underneath the bark where larvae feed on the tree's cambium in a zig-zag pattern. An injection of neem oil into the tree's vascular system every 2 years can be used as a preventative.