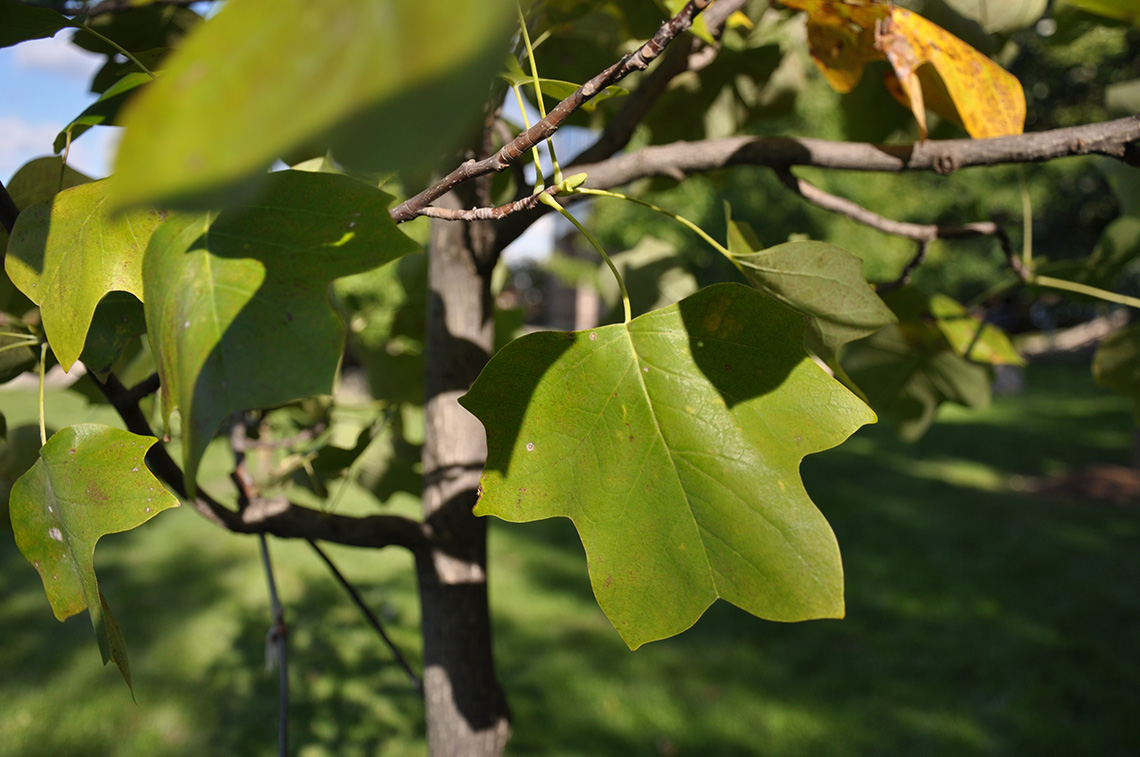 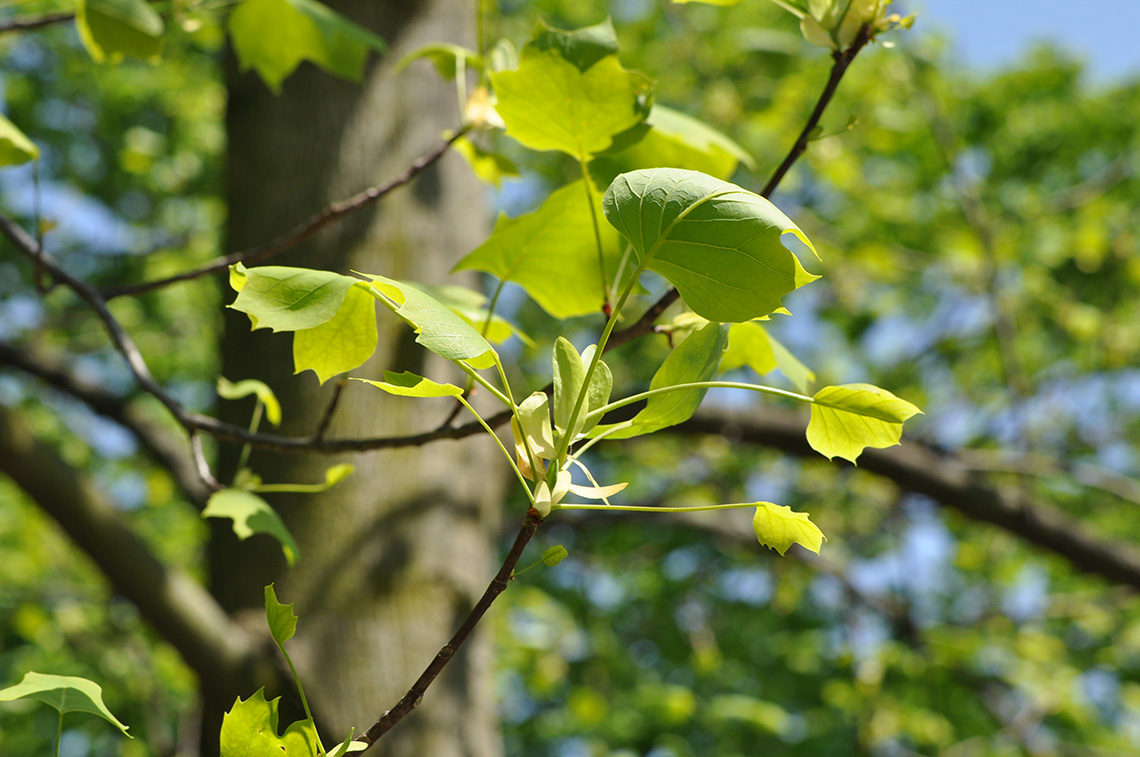 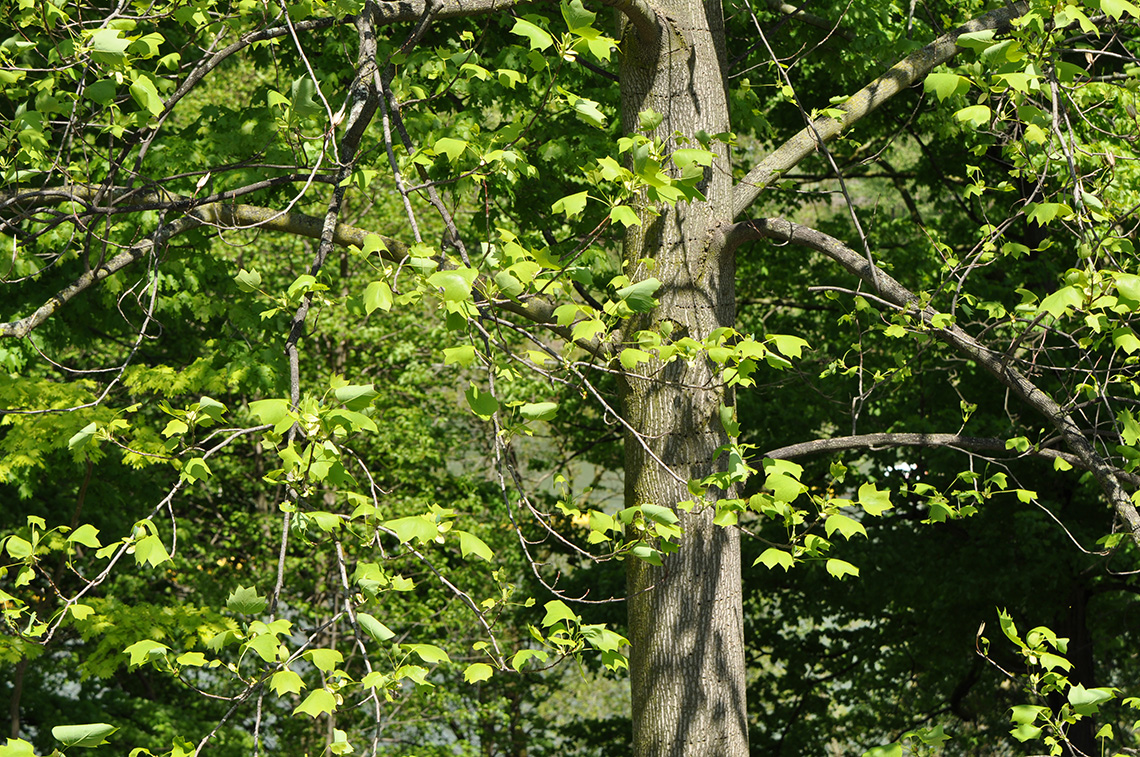 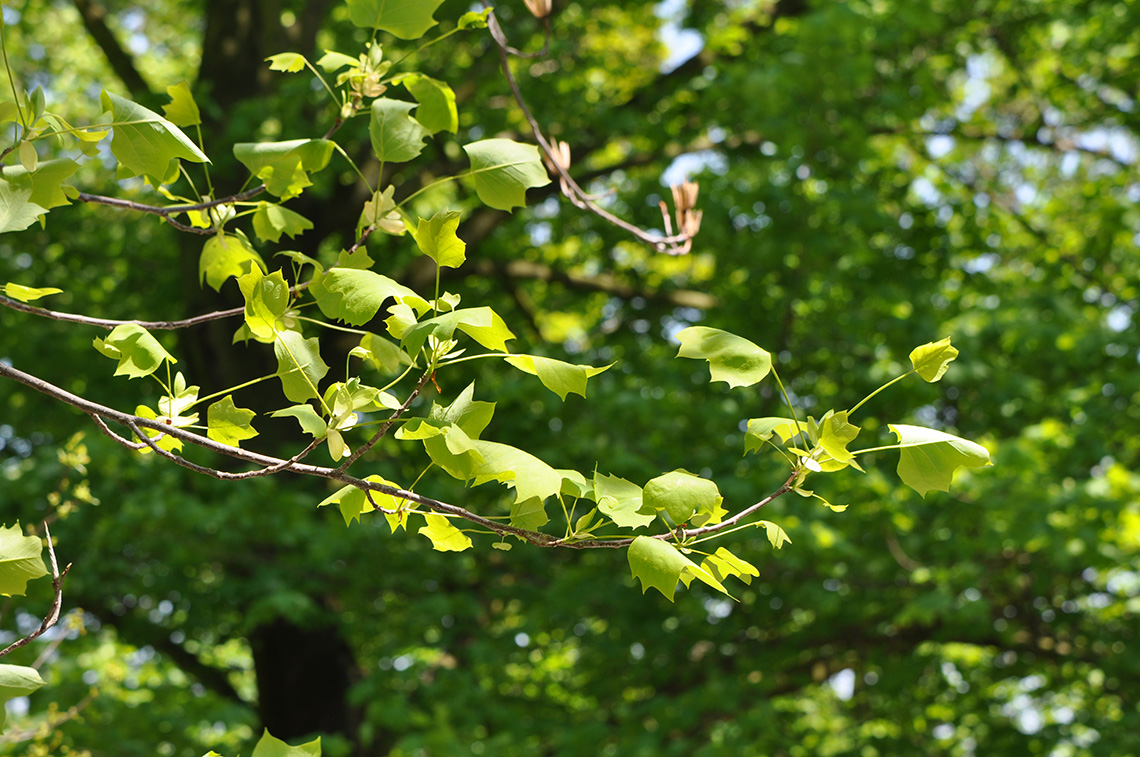 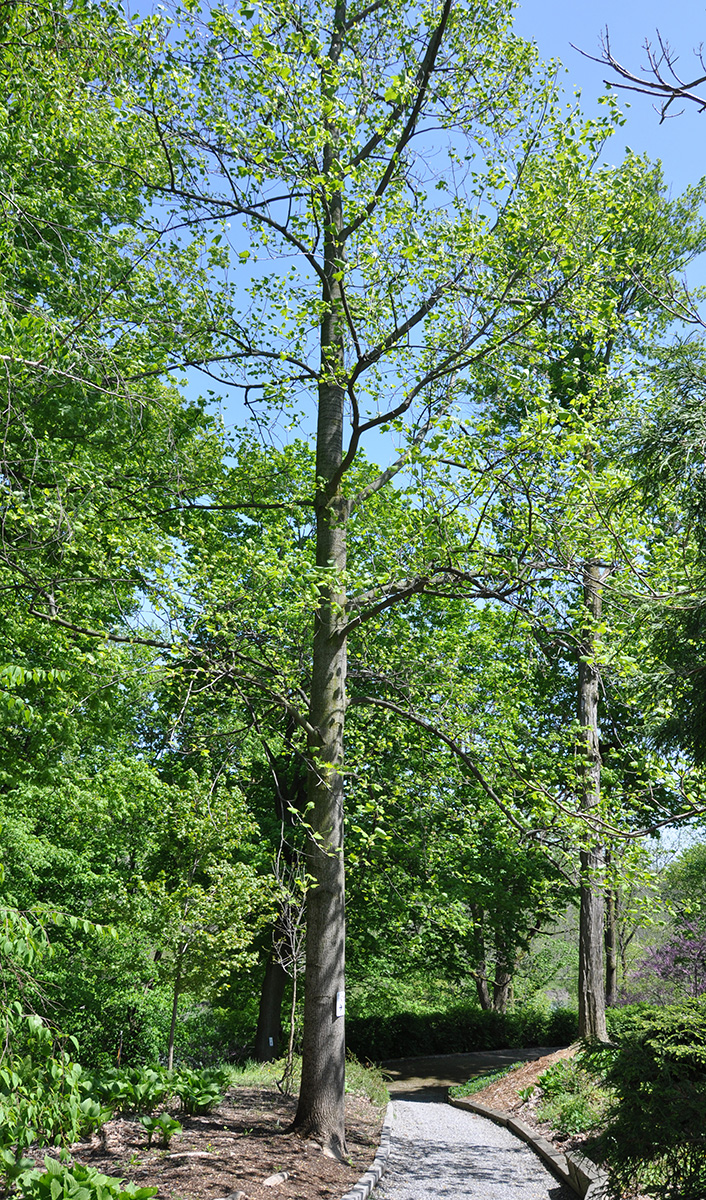 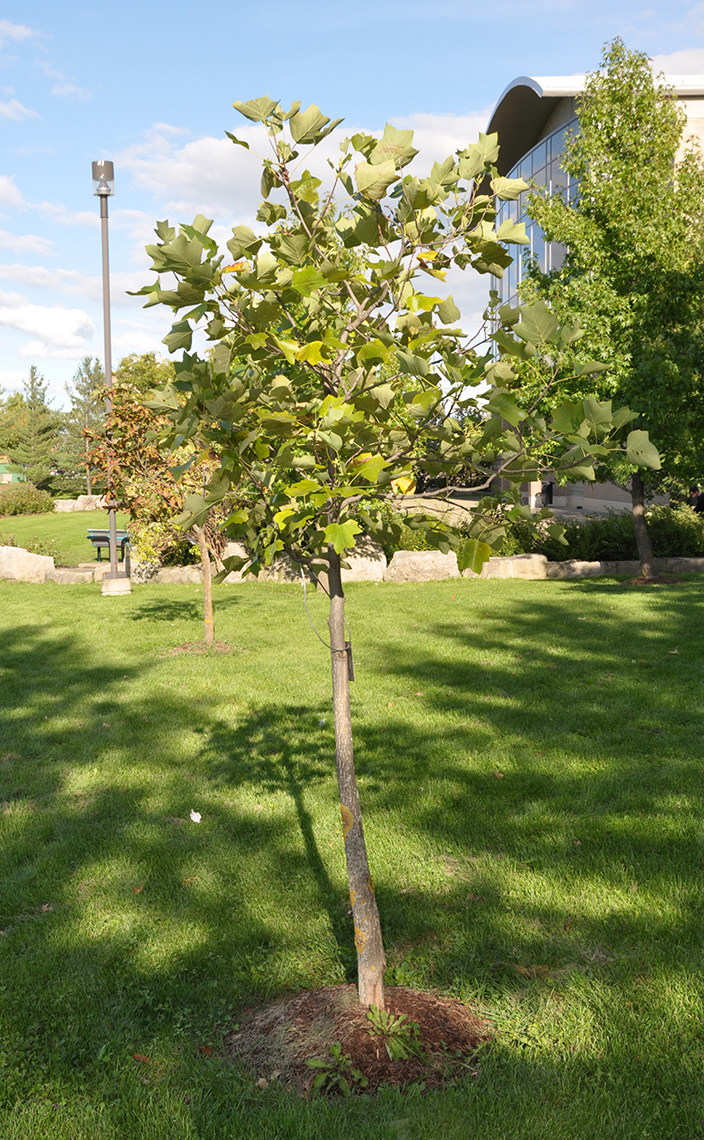 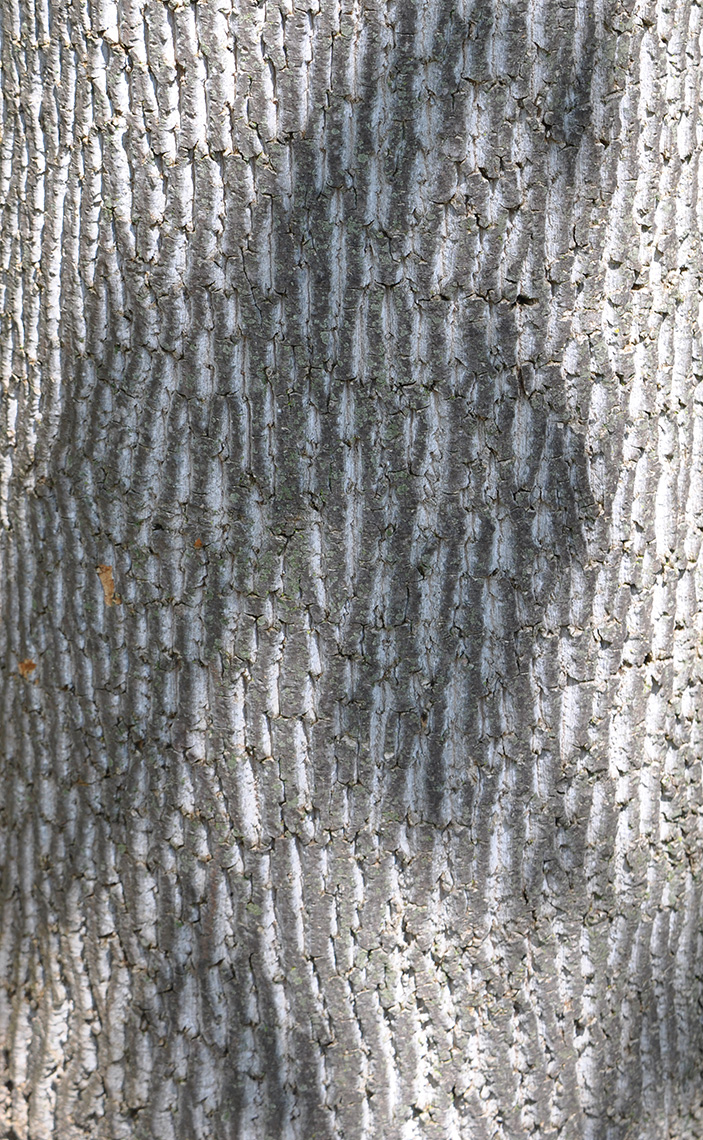 Known for its unique tulip-shaped leaves and flowers, the name Liriodendron means 'lily tree' and tulipifera means 'bearing tulips'. The Tulip Tree is Native to the forests of Niagara and the eastern United States and the indigenous peoples often used them for dugout canoes. In urban areas it is planted more often on lawns or parks rather than city street sides due to the relatively weak wood. With a straight central leader and upright habit, It is one of the fastest growing of shade trees in eastern North America.

Leaf shape resembles the profile of a tulip. In the Fall, leaves turn to a nice golden yellow.

Greyish-brown with deep ridges and furrows.

Hidden flowers in early June resemble tulips. Flowers last for 2 weeks and smell like orange and vanilla. The fruit is cone-like.

Buds are covered by just 2 bud scales and a powdery coating.

Lots of leaf-feeding insects including Aphids. Sooty mould may grow on the honeydew produced by the Aphids. Most pests are of low impact on tree health.