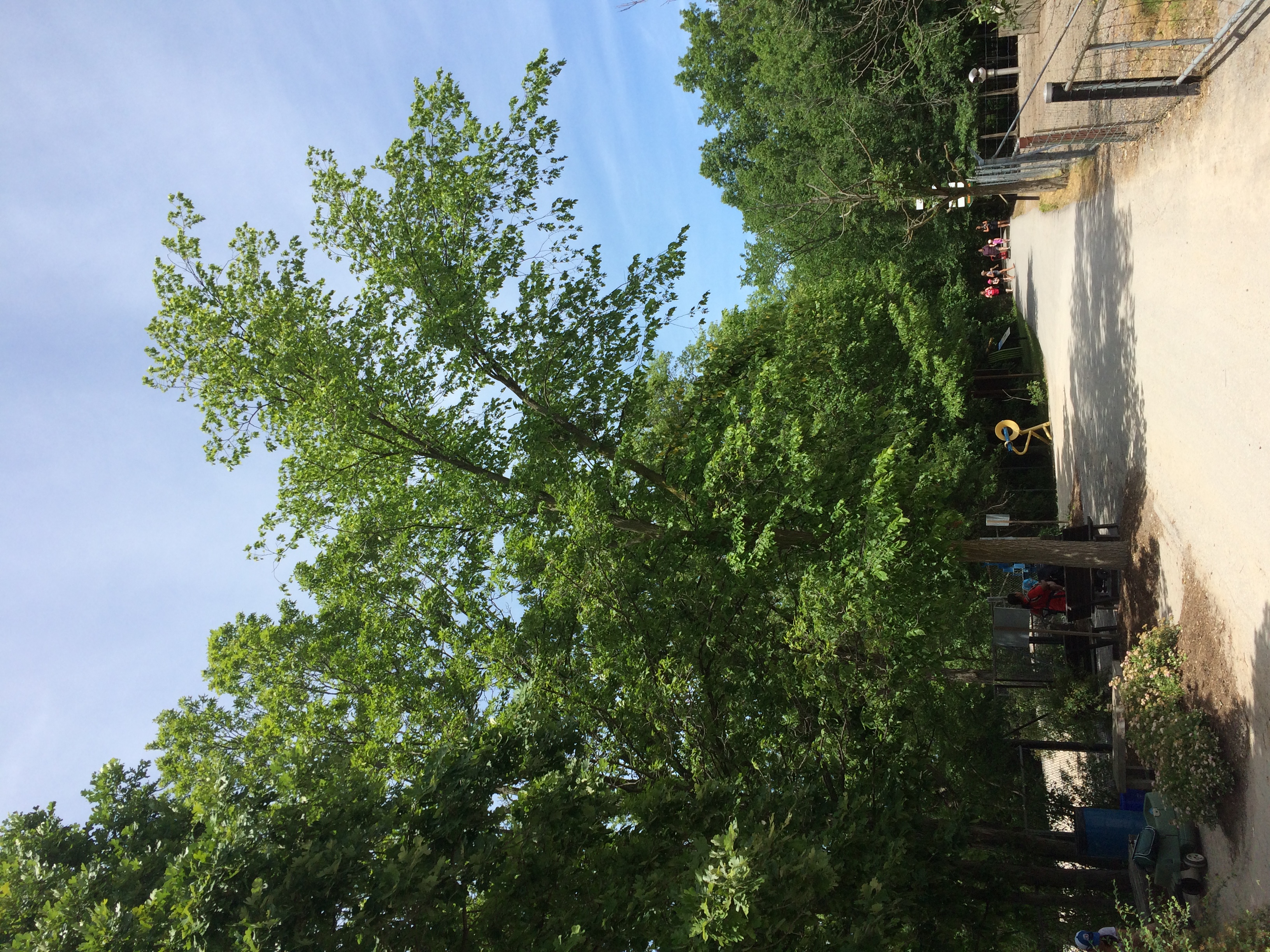 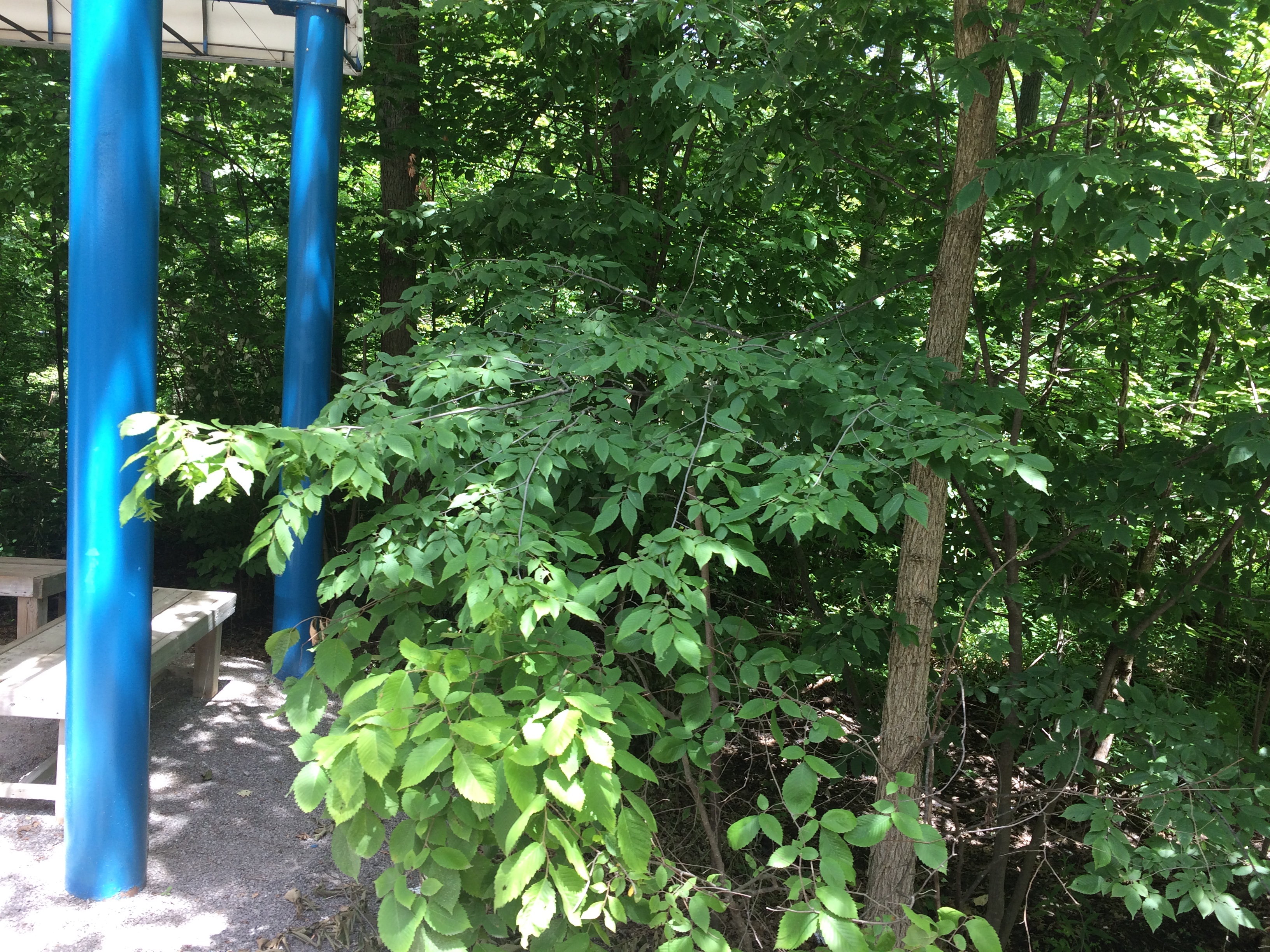 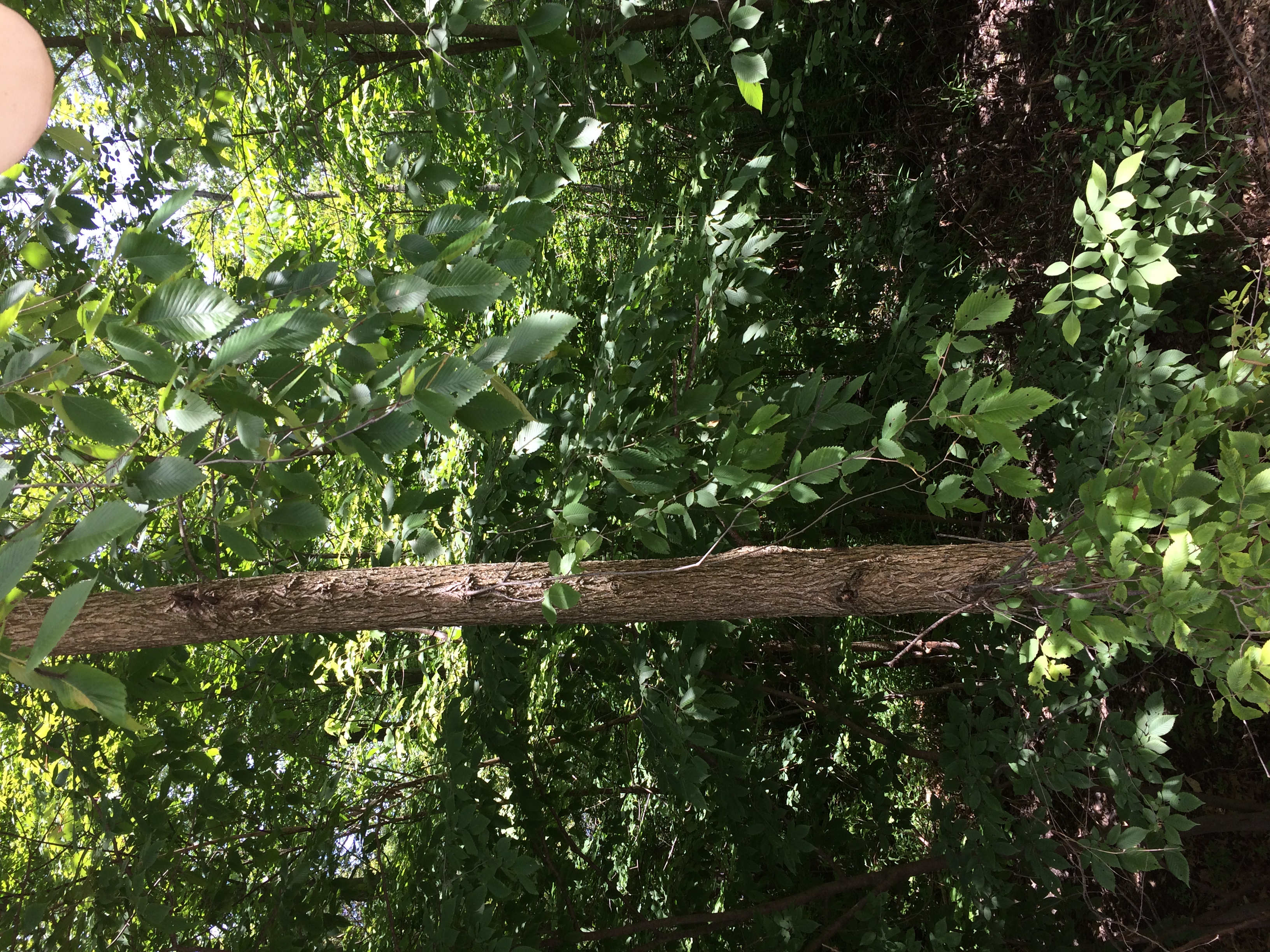 A North American countryside tree known for its hight and unique overarching habit. Dutch Elm Disease has driven the American Elm to near extinction, changing Its average lifespan from 400 to under 100 years.

Dark green with uninteresting yellow, green or brown fall colour. Short, stiff hairs on the upper surface causes it to have a rough, sand paper-like texture. The leaf base is usually unequal.

Buds slant to one side. The bark of trunk has deep ridges and grooves.

Dutch Elm Disease is a fungus that attacks the tree's vascular system and it has killed almost all American Elms in North America. The Elm Bark Beetle is it's vector, spreading fungus spores from infected trees to healthy ones. An anti-fungal injection can be used every two years as a preventative.

Winnipeg, Manitoba has managed to protect its elms, cold weather kills the beetles, and the province has been adamant at preventing the disease there.

Some American Elms have developed a natural resistance to Dutch Elm Disease. The University of Guelph has taken advantage of these survivors and is creating seedlings Elms resistant to the Disease.