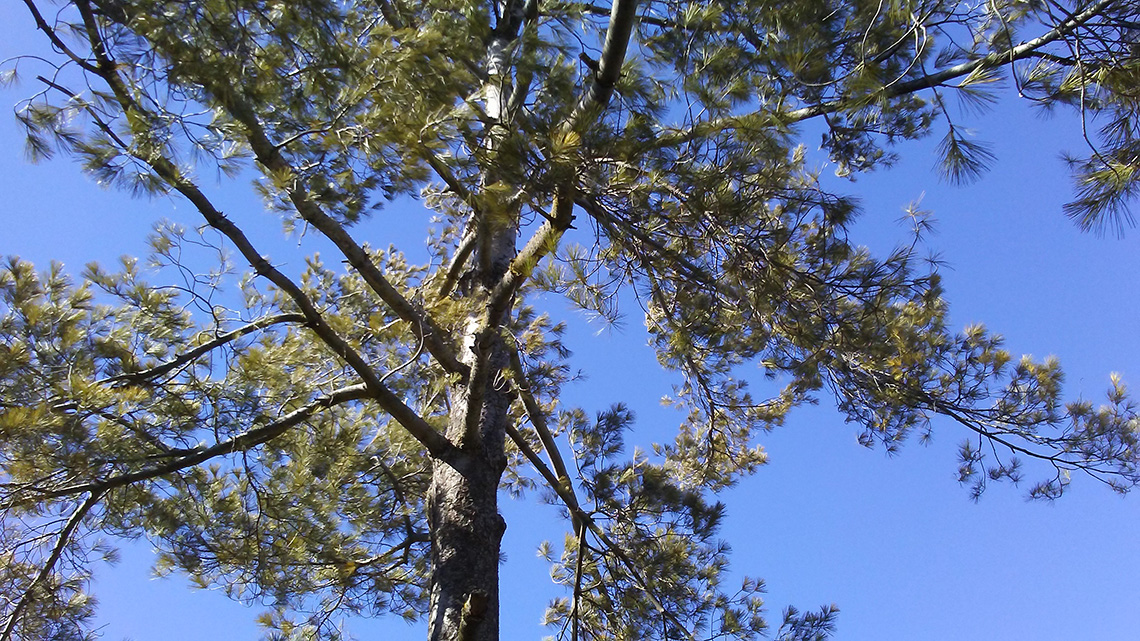 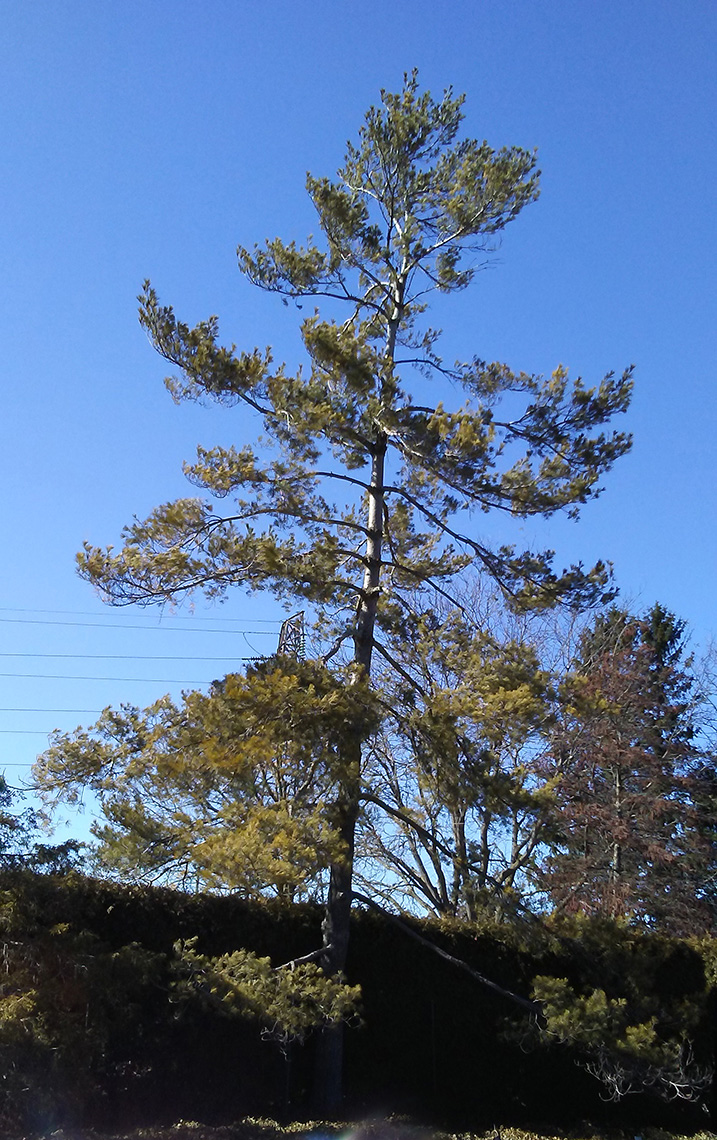 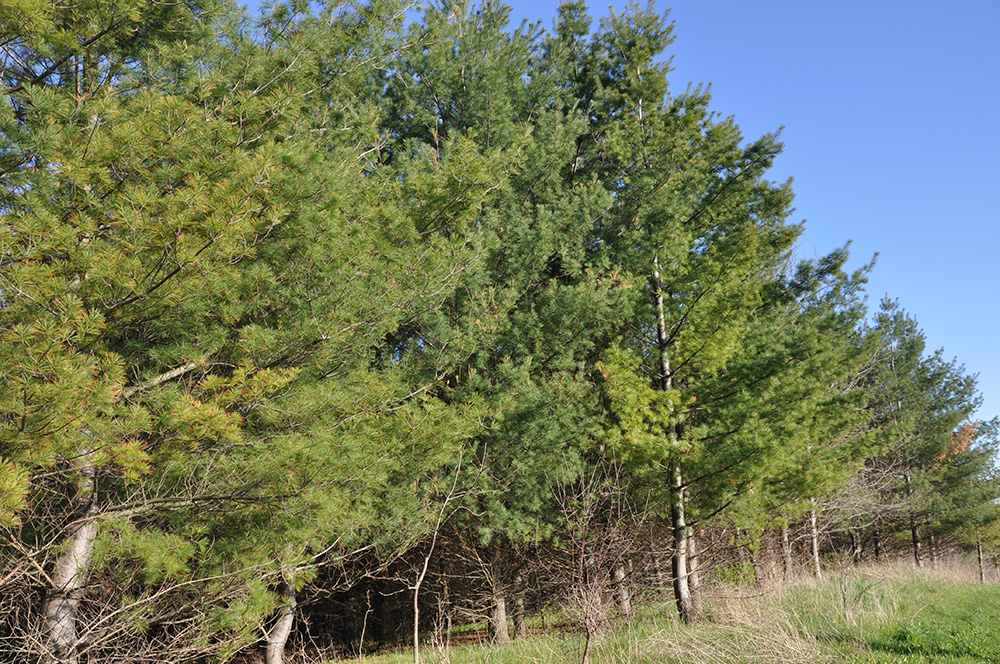 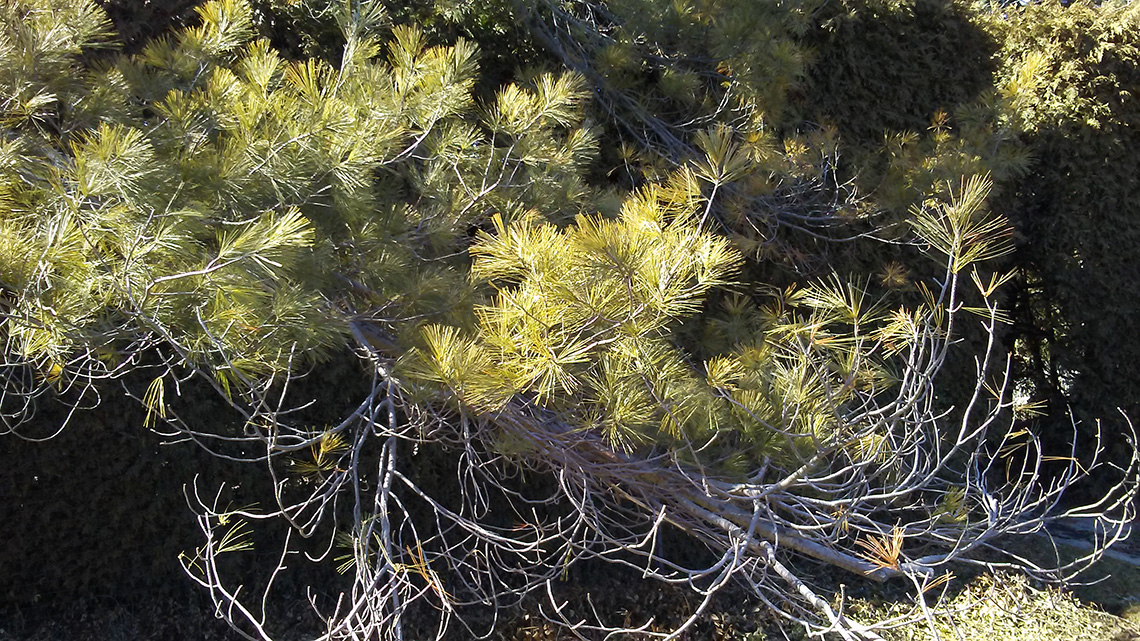 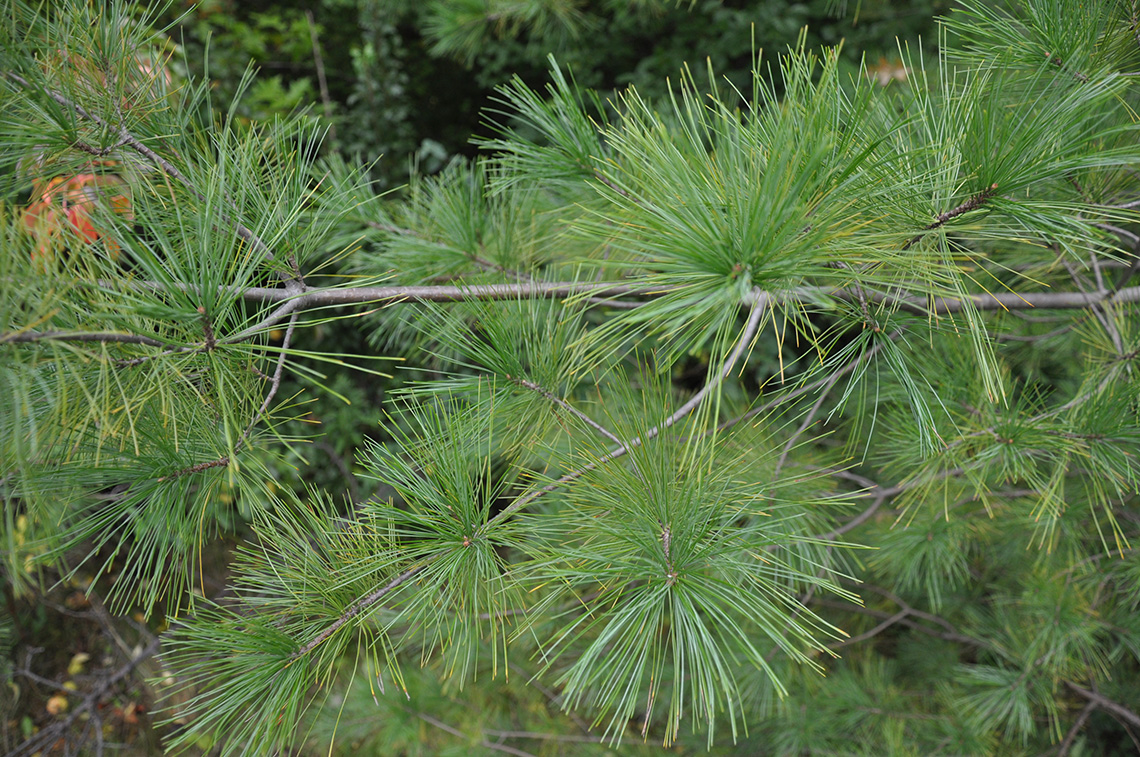 A soft-needled tree known for it's height and graceful horizontal branches. Its shape is compact and pyramidal when young, changing to a loose and open habit when older. Eastern White Pine are the tallest trees in Ontario and Eastern North America. They are abundant in the wild and are often used in the landscape. Provided proper drainage, the tree can grow in a variety of soils, but is salt sensitive.

Long, flexible needles consisting of 5 needles per fascicle. It is the only 5 needled pine in eastern Canada. Weak branches break off easily, contributing to its top-branch dominance on older trees.

The wood is light weight and easy to work with. It also provides good structure and doesn't shrink and swell. Useful for carpenters as well as building homes and outdoor structures. Algonquin park was almost all white pine at one point before early settlers harvested the wood for their ships.