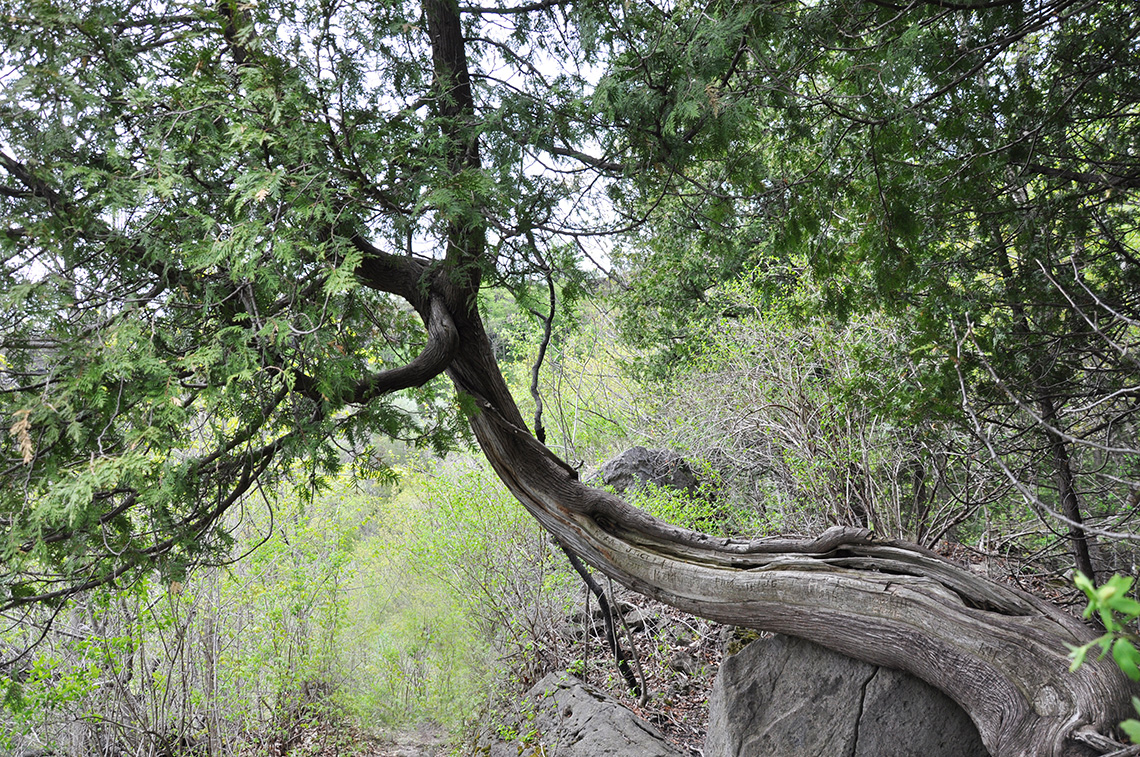 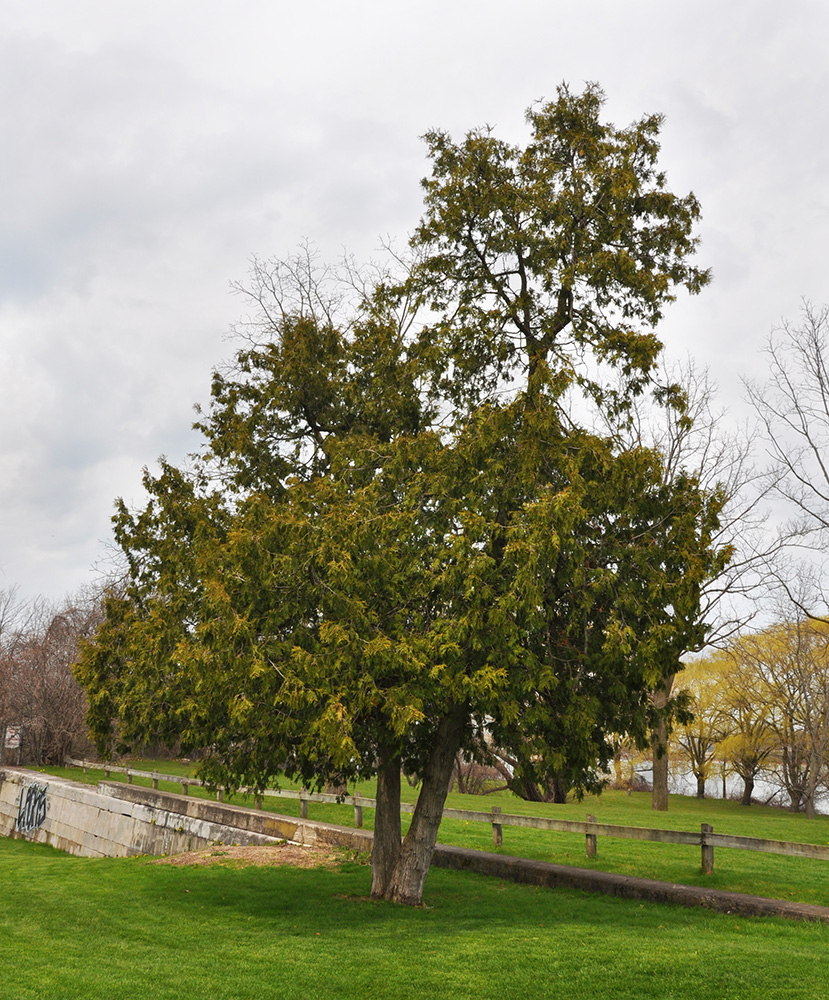 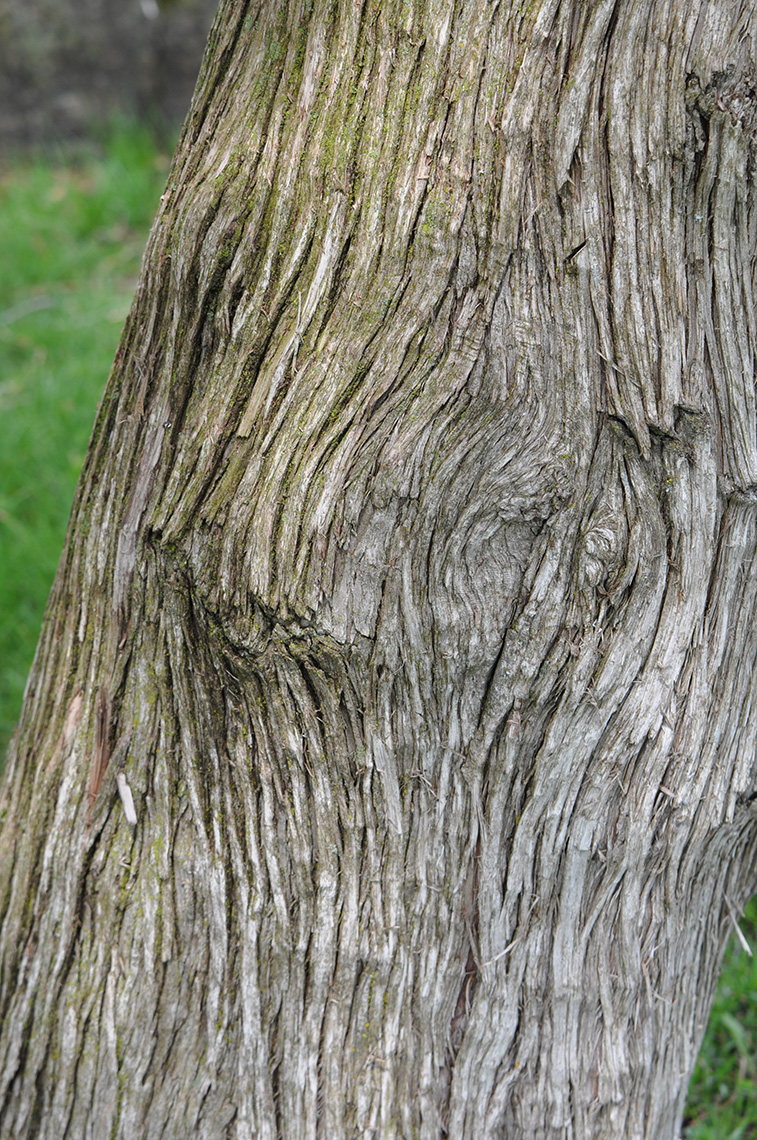 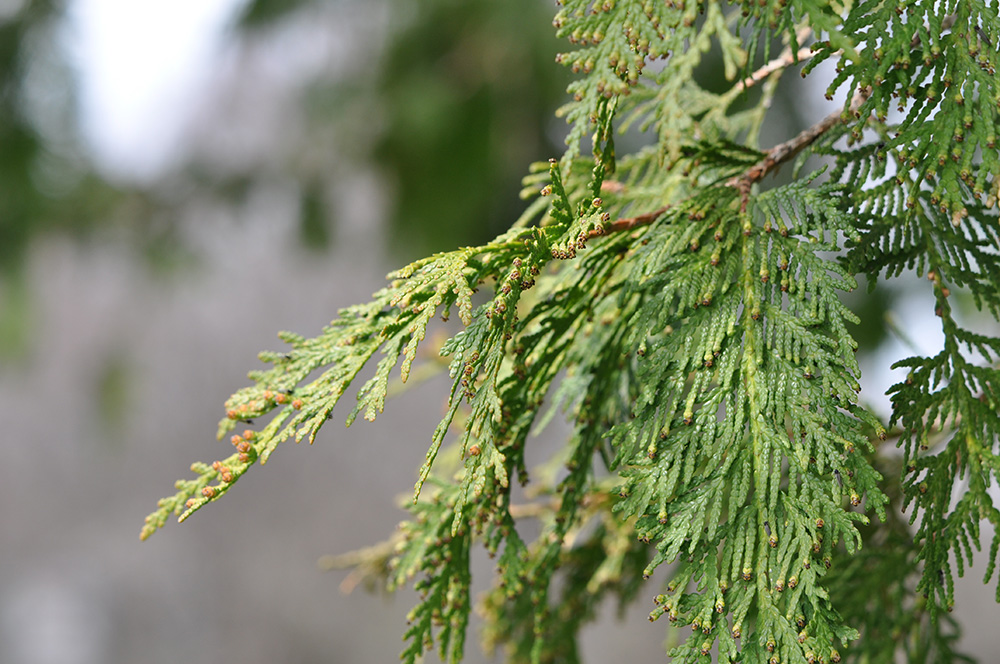 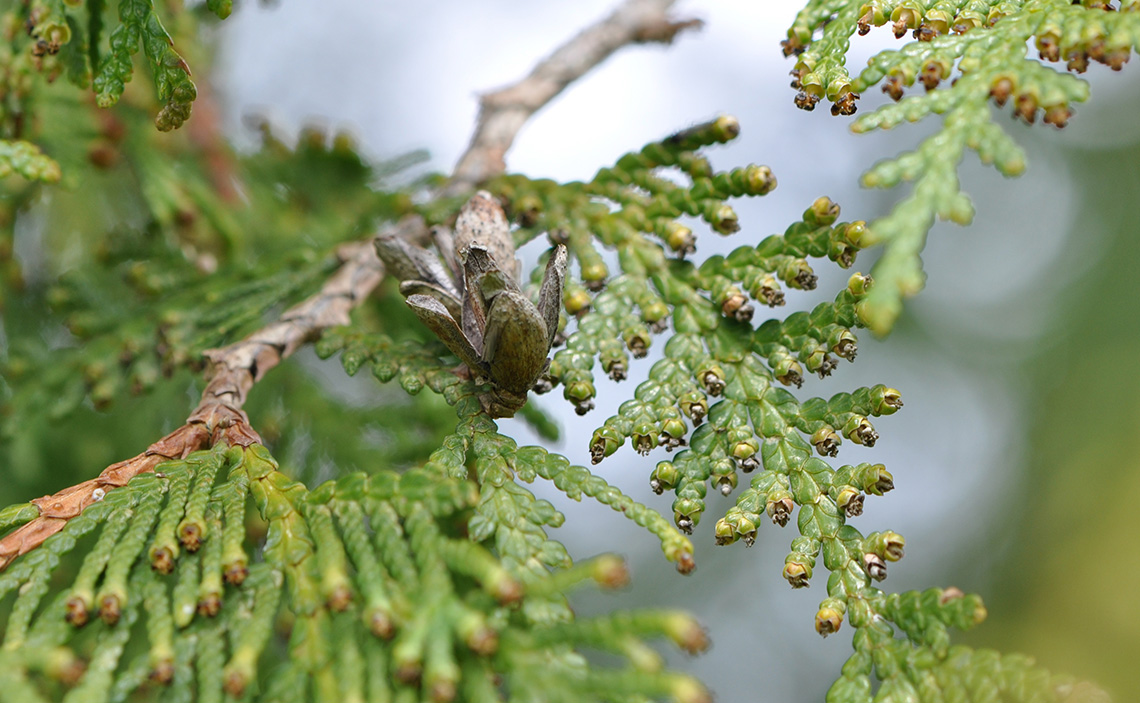 A scale-leafed evergreen tree native to Ontario and Niagara. The Eastern White Cedar can grow to be very old in the wild (over 1000 years). Some of the oldest specimens are located in the Niagara escarpment. The tree is a natural mosquito repellent and grows alongside the White Pine and White Birch. the wood is stable, resistant to warping, shrinking and rot. As one of the most popular evergreen hedges in Canada, there are many cultivars. These have a shorter lifespan, averaging 50 to 150 years old.

Scale-like foliage, arranged in flat sprays. Scales consists of a facial leaf (at the tip) and lateral leaves.

In the shape of woody tulips when mature

When Pioneers caught scurvy in early Montreal, the natives gathered branches from White Cedar trees to make a tea for them. The vitamin C from the branches ended up saving their lives. This contributed to the botanical name "Arbor" (tree) - "vitae" (life).

The occasional Cedar Leaf Miner can give the tree an unattractive appearance but is not very harmful. Treatment is done by pruning off affected branches.