Harmful Effects of Synthetic Fertilizers on the Environment

Since the early 20th century, industrial advances have given rise to the production of synthetic chemicals including those that have given us tremendous control over lawn, garden and crop growth. Although these advances have allowed us to grow larger, prettier and more fruitful plants than ever before, our decision has left us with larger problems. Polluted waterways, poisoned wildlife and depleted soils are on the rise, and the situation has left our planet in a state of serious concern. ("How Fertilizers Harm Earth More Than Help Your Lawn", n.d.)

In terms of global ecological crisis, Yale E360, 2019 defines planetary boundaries as a "safe operating space for humanity". We are at the point where necessary changes need to be made, or our planet may not be able to recover. The article goes on about planetary boundaries, mentioning: "Of the nine considered, just biodiversity loss and nitrogen pollution are estimated to have been crossed, unlike CO2 levels, freshwater used and ozone losses." This means that nitrogen pollution levels (primarily caused by fertilizers) have already exceeded levels of toleration to a point where it is already affecting our planetary safety and wellbeing.

One of the most prominent effects of nitrogen pollution is the loss of aquatic species and biodiversity. This is a result of damaged water systems due to runoff from over fertilization. Naturally occurring eutrophication (release of nutrients into bodies of water) happens over thousands of years as rain leeches soil and organic matter into lakes and rivers. When fertilizers are used in abundance and enter our waterways eutrophication is multiplied and fertilizer becomes a pollutant. The building of residential areas and deforestation has also caused topsoils to run into lakes even more quickly which is multiplying the already harmful effects of fertilizers.

How does this work? The excess nutrients cause algae to rapidly increase in abundance turning water from clear to soupy. Green algae quickly takes over the heated surface waters. When dead, they sink to the bottom and decompose. The buildup of sediments cause anaerobic bacteria to take over, removing oxygen from the hypolimnion (cold bottom waters). Aquatic species die under these conditions as oxygen levels are as low as zero. Due to temperature differences, the upper and lower waters don’t mix. Only carp and catfish survive the thick green top layer but will eventually be lost as well. The detrimental effects of deoxygenation cause vast 'dead zones' and sometimes impassable waterways for fish, plants and amphibians. (Bush, Mark B. 2003; see also “How Fertilizers Harm Earth More Than Help Your Lawn", n.d) 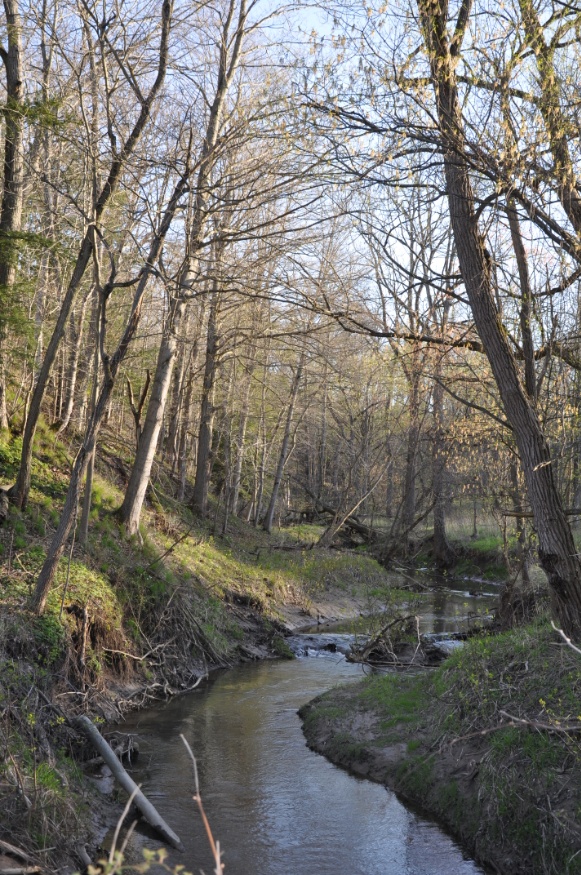 Though cities are contributing much to leeching; farming practices are likely the most dominant cause. U.S. Department of Agriculture (USDA) researcher Rick Haney states: “Our mindset nowadays is that if you don’t put down fertilizer, nothing grows. But that’s just not true, and it never has been. The biggest issue with all this is that we keep wanting to get higher and higher yields. But the reality is that you are shooting yourself in the foot doing that" (Schiffman, 2017) 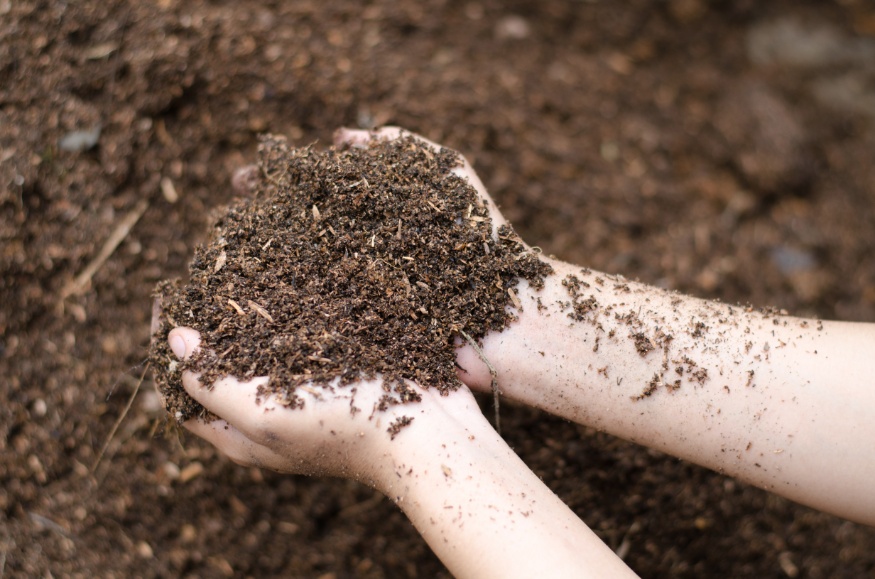 Chemical fertilizers affect the biology of our soils. This not only increases our reliance on these petroleum products but causes a disturbance to beneficial micro-organisms that cycle nutrients in the soil naturally. 1 gram of healthy soil contains 6-100 million micro-organisms. These microbes break down organic matter to provide texture, nutrients, minerals and other essential ingredients to plant life. Microbes feed off of carbon in soil and plant roots will even put out carbon compounds (exudates) to attract them. 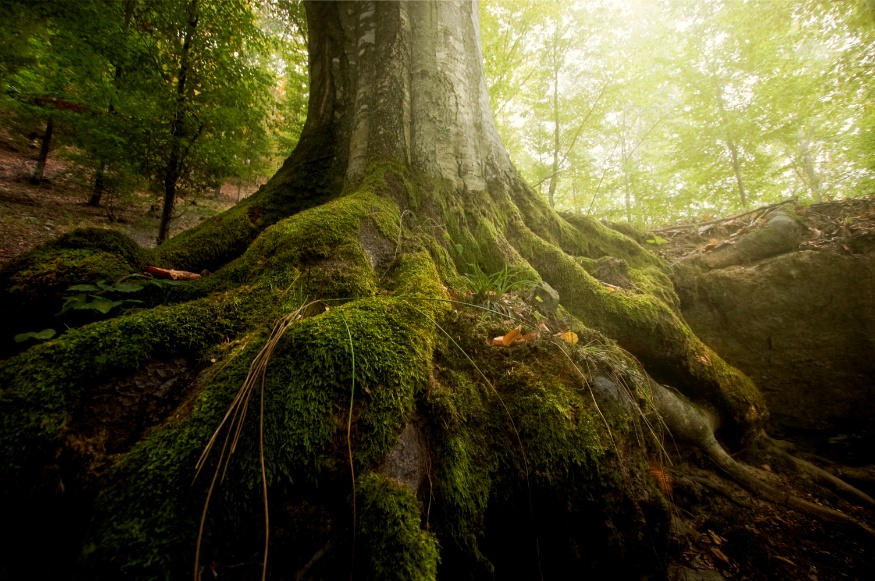 Trees and plants extract carbon from the air and store it in the soil. This is one of the ways carbon is removed from the atmosphere and the proper balance of soil life and health is maintained. When microbes use up the extra nitrogen, they aggressively remove soil carbon, releasing excess Co2 into the air rather than keeping it held within the ground. Schiffman (2017) states: "there is evidence that excessive nitrogen actually causes more carbon to leave the system. Whereas we need more carbon in the soil rather than less. " A decrease in the reliance of organic matter along with excess nitrogen from fertilizer means less carbon in the soil. Less carbon means lower populations of micro-organisms.

By overuse of chemical fertilizers, we are essentially creating a ‘dead’ soil. This leads to other problems including the overuse of unnecessary pesticides because the soil no longer has a natural supressiveness. "Since in many cases, antagonistic micro-organisms play a role in soil suppressiveness, the soil has been seen as a reservoir of potential biological control agents. Eilenberg, J., & Hokkanen H.M.T. 2006 states: "We rely on soil biology to control pathogens that may otherwise grow to harmful levels. This may be fit for an article of its own but is just another example of the many soil depletion side effects. (Eilenberg, J., & Hokkanen H.M.T. 2006; see also "How Fertilizers Harm Earth More Than Help Your Lawn", n.d.; Schiffman, 2017)

The effects on soil can also be reversed if care is taken: "The good news is that soil will come back if you give it a chance. It is very robust and resilient. It’s not like we have destroyed it to the point where it can’t be fixed. The soil health movement is trying to bring those organic levels back up and get soil to a higher functioning state." (Schiffman, 2017)

One way to accelerate soil recovery and preservation is through the use of cover crops. Cover crops are a simple, age old practice that could have huge implications on synthetic fertilizer reduction and overall planetary health.

As mentioned earlier, open fields that have excess nitrogen between plantings cause microbes to release Co2. By planting cover crops we could pull huge amounts of carbon back into the soil. (Schiffman, 2017). Other benefits include replenishing nitrogen naturally by use of Rhizobium bacteria in legumes. Beans and alfalfa fix nitrogen from the atmosphere, creating their own fertilizer. Legumes and similar cover crops can be used, then processed back into the soil just before the growing season. This provides nitrogen, organic matter, texture and structure all at the same time.

This idea is similar in crop rotation, which involves the planting of a succession of crops with different nutrient demands and replenishing characteristics. One example would be in the order of: wheat, millet, beans, then alfalfa. The first crop (wheat) has high needs for nitrate, millet has lower needs, beans and alfalfa fix nitrogen and can restore it to the soil. By doing so, soil nutrient levels will increase along with better control of insect, weed, and disease cycles. Other benefits include erosion protection and reduced production risk by harvesting different crops. (Bush, Mark B. 2003; see also Fisher, M. R.)

Intercropping mimics how things are done in nature and has similar benefits to crop rotation. Fisher, M. R. defines intercropping as a means of "growing two or more crops in close proximity to each other during part or all of their life cycles to promote soil improvement, biodiversity, and pest management"(p. 261). Intercropping creates more resilient interspecific relationships. Nutrient cycles become more efficient, as the biodiversity of birds, plants, arthropods, and micro-organisms are increased. (Fisher, M. R.)

One could not possibly overlook the need for organics when on the subject of soil sustainability. Soil sustainability means reducing the demand for inorganic compounds and increase reliance on organic pesticides, compost, manure and plant extracts. The use of organics has proven results with a much lower negative environmental impact. "Good farming centres around taking care of the soil. The soil must have a good structure, be safe from erosion, and have a lively set of decomposers and adequate nutrients. Whereas intensive farms rely on heavy inputs of inorganic fertilizers to maintain fertility, other paths can be followed with equal success" (Bush, Mark B., 2003, p.371)

Soils with good concentrations of organic matter give plants access nutrients in a unique manner. Microbes have the ability to hold onto nitrogen for a longer period of time; sequestering it in their bodies. Plants access nutrition on an as-needed basis rather than a single forced injection, with limited uptake and plenty of waste from leeching. Other benefits of organics include improved soil structure and better erosion protection. (Ford, D. 2001)

Some popular organic fertilizers include bone meal, blood meal, feathers, fish emulsion, burned eggshells, and urea (urine) (Penhallegon, 2015). All methods must be used differently and with care. Organic growing takes time and knowledge, but when implemented properly, the benefits are not only ecological, but economical at the same time. Governments and institutions are realizing these benefits and looking for practical, long term solutions that can be readily adopted by growers.

One of these strives is currently under development at Lancaster University. They’ve teamed up with Stopford Energy and Environment Limited, the James Hutton Institute and Aqua Enviro Limited on a sustainable approach to our fertilizer crisis. They propose a mixture of digestates, from anaerobic digestion, and ash from burnt biomass to create an environmentally friendly and sustainable biological fertilizer.

Digestate-ash is currently being transported to landfills at a cost to the public sector. Its use would not only cut down on government spending but would provide an effective and free active ingredient for their proposed organic fertilizer. Another benefit is that digestate-ash is not linked to oil prices, whereas chemical fertilizers are. Ideally, Digestate-ash would provide a renewable source of organic energy at a reduced cost to farmers. (Lancaster University. 2014)

Though far from perfect, changes have been made in terms of government involvement in hope of reversing issues caused by synthetic fertilizers. Research has shown that the damages can be amended over time. "The truly encouraging aspect that emerges from this data set is that pollution leading to eutrophication is reversible, and nature takes care of the cleanup once the pollution is stopped" (Bush, Mark B. 2003, p. 358).

More independent research will increase awareness of our current approach to chemical plant nutrition and its side effects. U.S. Department of Agriculture (USDA) researcher Rick Haney states: “We are only at the tip of the iceberg in terms of what we understand about how soil functions and its biology.” (Schiffman, 2017). Chemicals may work this year but will end up costing us environmentally and economically in the long run. We need to work with nature instead of against it. The key is not spending more but increasing awareness and changing how things are done. With proper legislation and public participation, we will be more aware of how our plantations are being fed. We will also be in a more promising position to reverse the effects of nitrogen pollution on our planet as a whole.

Schiffman, R. (2017, May 3). Why It’s Time to Stop Punishing Our Soils with Fertilizers. Retrieved March 19, 2019, from https://e360.yale.edu/features/why-its-time-to-stop-punishing-our-soils-with-fertilizers-and-chemicals

Yale E360. (2019). Can the World Find Solutions to the Nitrogen Pollution Crisis?. Retrieved March 14, 2019, from https://e360.yale.edu/features/can-the-world-find-solutions-to-the-nitrogen-pollution-crisis